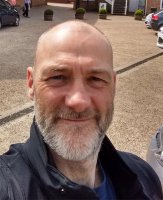 You probably don’t know me but I would like to introduce myself. My name is Graham Muff, Eastern Centre motocross Junior grade rider number 261 and in the last month have been voted by the Eastern Centre Motocross committee to be it’s new Chairman. As you may know, Charlie Ralph has held this position for many years and has contributed a huge amount in the organisation of the Eastern Centre Motocross Championship, as well as commentating at race meetings and offering guidance in many other aspects of Motocross in our area, that have allowed people like me to race in the Eastern Centre year in and year out. Charlie decided to step down at the end of the 2021 season and with that, there became a vacancy for the Chair. As some background for you, the Motocross Committee is comprised of 12 committee members with two representatives of each club in the Eastern Centre that organise motocross meetings. The clubs that make up this group are, listed from north to south in location, Norwich Vikings MCC, Norfolk and Suffolk Junior MCC, Littleport MCC, Diss MCC, Woodbridge & DMCC, Halstead MCC, and Braintree MCC. To clear up any confusion, Braintree and Littleport have only one representative each based on size. From that group of 12 people, a Chairman is nominated and seconded. This is then voted on by the rest of the committee. I was honoured to be nominated and very grateful that this was supported by the whole committee. My period of Chairmanship will be for 12 months, along with the re-elected Vice-Chairman, Paul ‘Wally’ Hubbard from the Diss MCC whom I’m sure some of you will know.

As you can imagine, Charlie Ralph stepping down as chairman of the Motocross Committee leaves a huge gap in experience and knowledge that I am probably not qualified to fill, but with his help and that of the past and current club representatives on the motocross committee, I hope that we can build on the work that he has done over the years. It should not be forgotten that Lyn Ralph has also decided to step down from the position of Secretary of the motocross committee, which again leaves a huge hole to fill considering the many years that she has also be an integral part of motocross and wider motorcycle sport in the region. I would also like to put my appreciation on record for all the work and time that she has put in to help run the sport in the Eastern Region.

So, what of the future? In addition to my election and Paul’s re-election, we now have a newly elected Secretary for the motocross committee in Charlotte Cattermole, and I’m sure that she will benefit from Lyn’s help, and from other committee members, in the transition of taking on this role. With regard to the 2022 Eastern Centre Motocross Championship, this will be held over seven rounds at the tracks we all know and love. There will be some changes to the 2022 championship conditions. First to mention is the reversal of the running order for the meetings with Experts qualifying and racing first in each of the three blocks of races during the day. There will be some small adjustments to the points scoring system and I am afraid that after remaining stable since 2015, the entry fee will rise to £57.00 per rider for championship rounds. There have been a number of cost increases that the organising clubs have to absorb such as First Aid, Insurance and land rent, so unfortunately this was unavoidable. There are some other minor changes, the notable one being that there will no longer be manual lap scoring at the race meeting to back up the transponder timing system we have been using successfully for a number of years. In practice, this will mean that it is vitally important that you make sure your transponder number is included in your entry form, so it can be registered on the timing system for the event. We don’t have a backup system in place, so the emphasis is on you, the rider, to tell the organisers of your transponder number please.

In the slightly rearranged words of a stand-up comedian, if you like what you see in the Eastern Centre Motocross Championship tell your friends, if you don’t, please tell me or your club’s motocross committee representatives. As an active rider in the motocross championship, all be it considerably slower than most of you, I want this to region continue to be the success it has been over the years, and I welcome your comments, be it good or bad, as to how we are doing. Myself and the committee may not necessarily agree with you or be able to change things overnight, but if we don’t know what is making the riders who compete in the center motocross championship un-happy, then we can’t do anything about it. If you want to get in touch, please email me, or via the Eastern Centre gazette. You can also come and find me in the paddock at one of the Eastern Centre Motocross Championship rounds, or keep an eye out at the back of the pack and you will probably see me!

Have a great 2022 season and I hope to see you at a motocross track in the near future.

All the best
Graham Muff