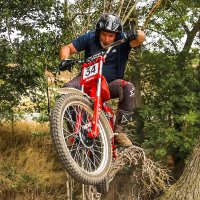 Diss MCC hosted the third round of the Eastern Centre Pre 70 championship on Saturday 30 July. Some 66 riders were faced with four laps of 11 sections around the MX circuit on a hot and humid afternoon.

The Pre 70 championship saw a healthy entry of 16 riders start this, the third round of the 2022 championship. The hard route A class riders met their first challenge at section three where the tight turn on a grassy camber before a step and dusty climb saw both Dan Carter (500 Ariel) and Clive Dopson (250 Francis Barnett) drop a mark while 2021 winner Gary Baker (199 Triumph) went clean. Carter then proceeded to clean the remaining sections to finish his first lap on one. Baker had a dab on the tree root step at section seven and needed another on the sharp climb up the bank on section nine to finish his first lap on two. Dopson was unable to match the two front runners and was a distant third. 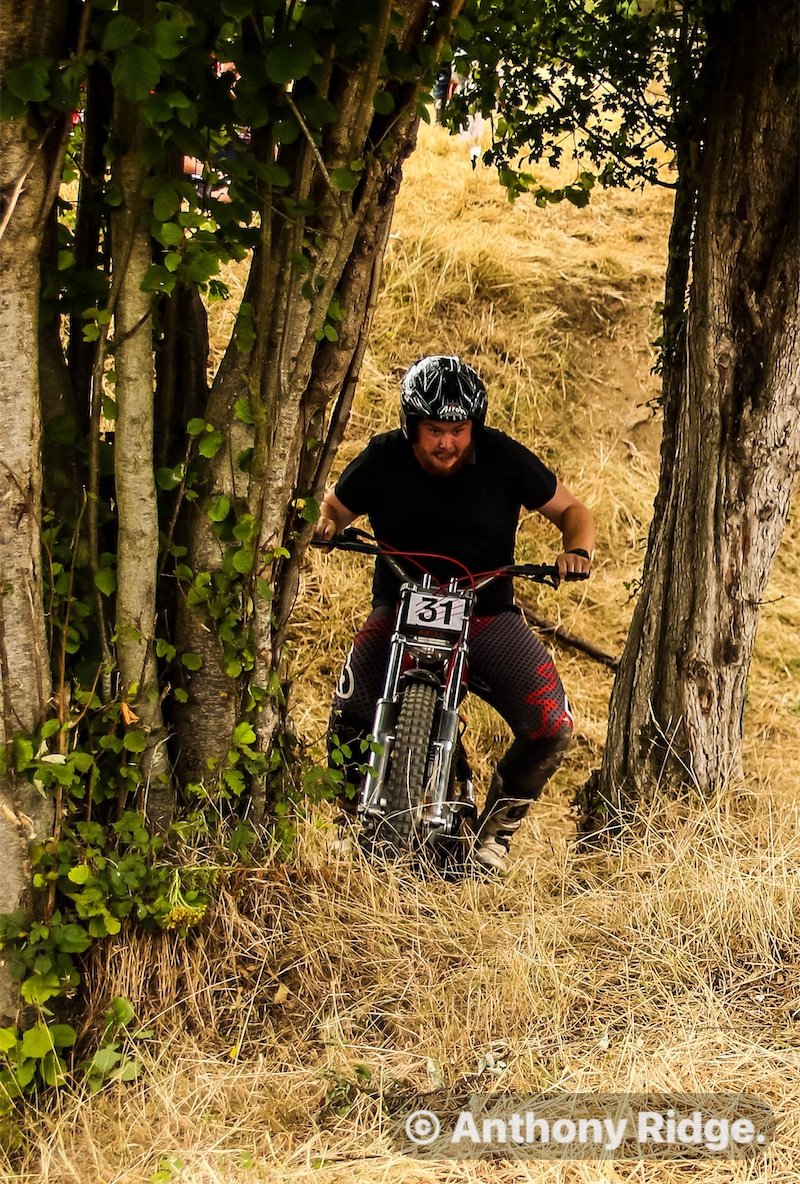 The second lap saw Carter drop two, one on the stepped climbs at section five by the pond and the other at the big tree root step at section seven. Baker needed three dabs, on the steep bank at section one, on section three and on the steep climb at section ten. Carter was now two marks clear but Baker was still in contention. Carter extended his lead with a clean lap three while Baker needed a dab at the tree root step at section seven leaving Carter on three with Baker on six. Both riders dropped a single mark on their last lap giving Carter the win on four and Baker on seven, with Dopson taking third on 46.

The Pre 70 C class saw eight competitors entered and a closely fought battle developed between Bob Clarke (185 BSA) and Kevin Bishop (200 Triumph) with both riders only parting with two dabs over the 44 sections. Clarke took the victory as he went furthest clean. Both lost their first dab on the rutty ditch at section nine but Bishop lost his on lap one and Clarke stayed clean until section nine on lap two. Trevor Hill also cleaned the first lap, lost one on his second lap in the sand at section six but a three at the loose hill at section three on the third lap dropped him to third with five marks lost.

In the other classes Mark Banham (212 Fantic) was best on the hard (red/blue) route losing six mark, two fewer than Stephen Howard (240 Fantic). Banham parted with four dabs at the earth step and twisting climb of section eight while Howard only dropped a single dab there but section three, the step and loose climb and the tree root step at section seven both took three marks from Howard. Tim Allen (250 TRS) took third and finished as best intermediate losing 21. 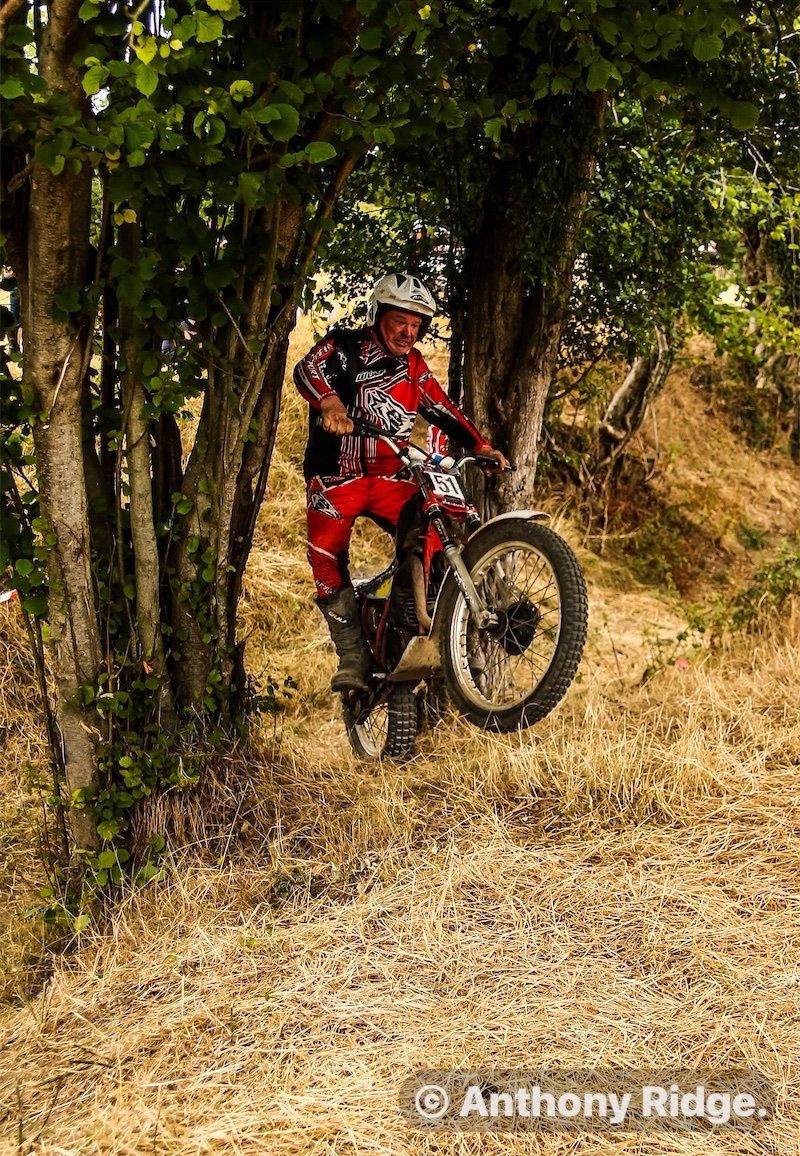 On the 50/50 route young Dan Adcock (80 Beta – Youth C) was the top performer losing only eight marks and this included an uncharacteristic five on the steps at section five on his last lap having cleaned on laps one to three. This was still five marks clear of Pre 70 winner Richard Snowden with third placed finisher Mark Chapman losing 27.

The biggest group, some 36 riders faced the white route with a mix of twinshock, intermediate B and novice riders seeking a win. Two intermediate B riders ended up at the sharp end. Paul Houghton (321 GasGas) only lost one mark on the cambered turn at section two on his fourth lap to take the win with two riders tied for second. Veteran Brian Neale (200 Beta) lost a mark at section two and his only other loss was on the sandy turn at section six. Andrew Baker 250 TRS was best novice and also only lost two marks, parting with a dab at section two and his second dab in the ditch at section nine. Doug Barrell (250 TRS) and Steven Fielder (175 Yamaha) both lost two but lost out on the furthest clean rule, however, Fielder was best twinshock on this route.

Before checking out the results, why not have a crack at this jigsaw puzzle of Stephen Howard, created from a great photo by Anthony Ridge.

All photos by Anthony Ridge (click on an image to enlarge)