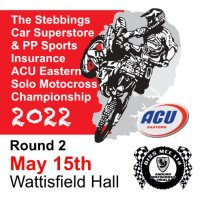 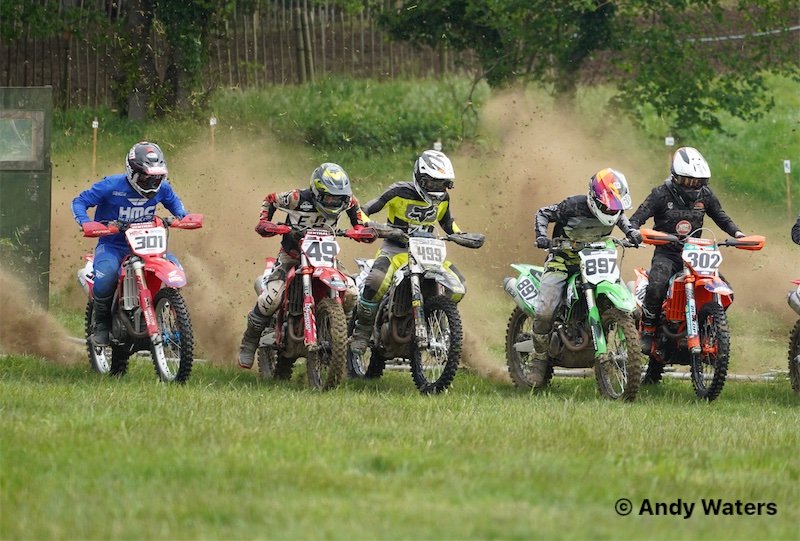 Last Sunday saw Round 2 of the Stebbings Car Superstore and PP Sports Insurance ACU Solo Eastern Motocross Championship at Wattisfield Hall.  A full entry of 170 expert and juniors lined up for the 12-race programme. The dry weather brought out a large crowd to the Diss MCC venue, and the day provided some great racing on a well-prepared dust free track. 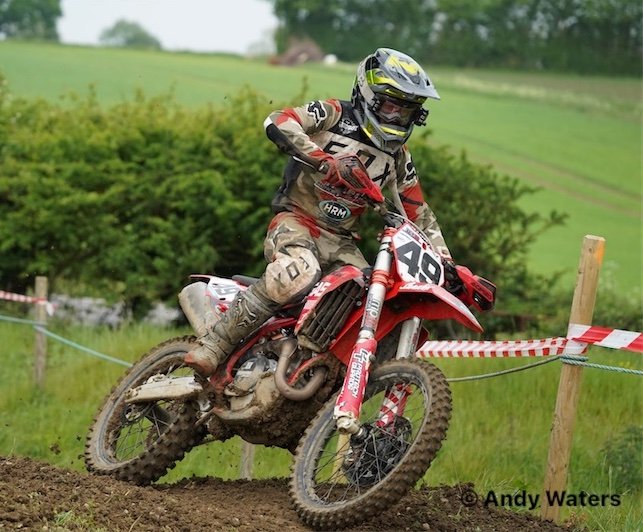 In the first leg premier class race, Parker got the hole shot from Southgate, but Parker dropped it on lap two followed by Southgate who also had an off just after the finish line on lap 4. This allowed Tombs to build up a comfortable lead of 12 seconds by the end of the race. Parker managed to pull his way back to 2nd but dropped it again on lap 11. Southgate came home 2nd which was some achievement as he was riding with a front mudguard bent underneath the front fork heads.

In leg 2 Ben Cole, GH Motorcycles Husky took the hole shot followed by Southgate who took over the lead from Cole on lap 2. Lewis Tombs took 2nd from Cole on lap 3 and finished less than a second behind leader Southgate for a very close finish. Parker who started in 7th clawed his way back to 3rd.

Leg 3  saw Parker get the hole shot maintaining this until the end of the race. However, like race 2 it was a very close race with Shan Southgate finishing less than one second behind, followed by Tombs in 3rd  setting the fastest lap of 1m 32. Once all the points had been totalled up, Shaun Southgate took overall honours from Lewis Tombs, with Parker in 3rd. 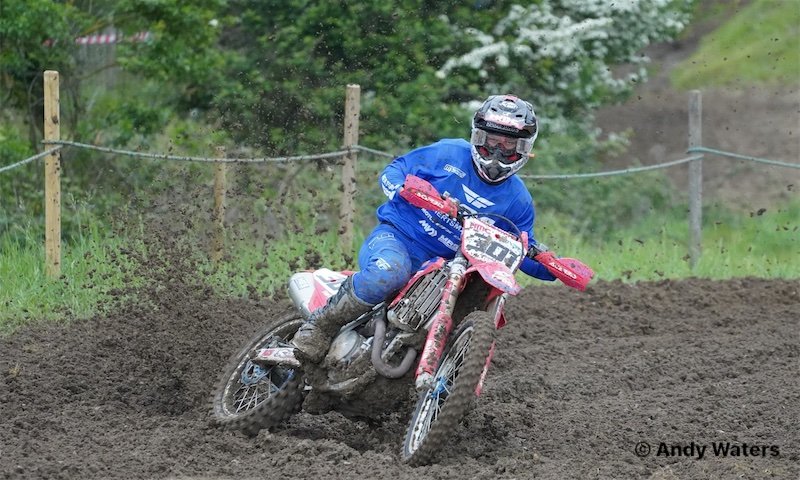 In the premier Junior Class Joseph Leeks took overall honours from Travis Frost, and Sean Ottway. In the support A Junior Race Mark Goodson took 1st from Henry Cox and enduro star Craig Roper. Support B Josh Sturman took the honours from Andrew Cattermole and Teddy Howard and Group C was won by Alex Buckenham with Joe Scillitoe in 2nd with Ryan Harrington- Groves in 3rd.

Full results from the meeting can be found at https://speedhive.mylaps.com/Events/1981920

A big thanks to all marshals and officials who made the event possible, plus thanks also to series sponsors Stebbings Car Superstore and PP Sports Insurance and event sponsor Clarkes of Walsham.

A date of the diary is the next event at Wattisfield Hall which is the evening motocross on the 29th June.  This is the most popular event of the year attracting a big crowd with short sharp races.  Entries for this open on the 1st June and riders are reminded not to delay putting their entries as it is expected to fill up very quickly.