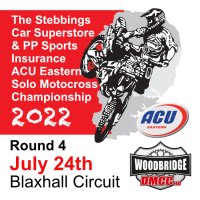 Blaxhall played hosted to the fourth round of the Stebbings Car Superstore / PP Sports Insurance ACU Eastern Motocross Championship on Sunday in the blistering heat.

The Woodbridge DMCC club spent the days leading up to the event, pumping tankers full of water onto the race circuit to ensure the track was in good condition to cope with the heat come race day. With a line-up of 160 riders across four groups and days racing produced some red-hot action on track. 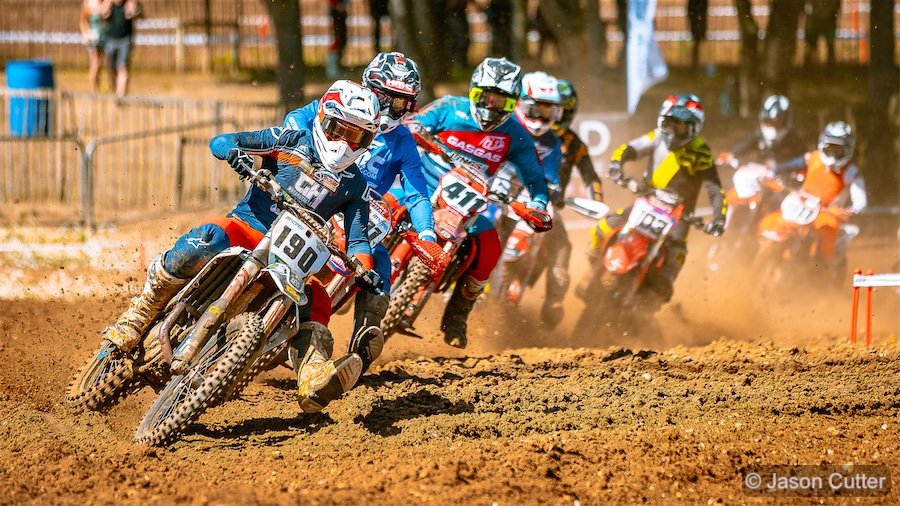 In the opening Premier Class race for the top Expert and Junior riders it was Luke Benstead who made the start and was leading the whole race, until he suffered a crash with a lap to go, allowing Shaun Southgate who had been chasing him all race to take the lead and the race win. Championship leader Luke Parker claimed second while Benstead remounted to finish third but would take no further part in the meeting due to an issue with his machine. Lewis Tombs took fourth place ahead of Declan Whittle, while in the Junior class it was Joseph Leeks who took the win over Jake Rackham and Ben Hayward. 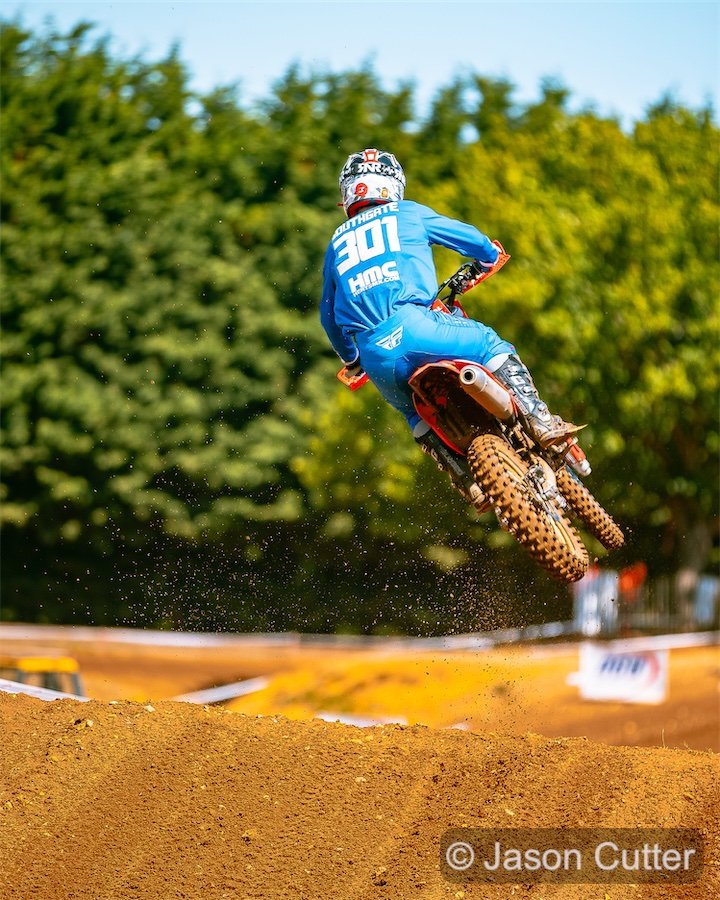 The second Premier Class race saw Southgate once again claimed the Expert race win after battling with Tombs for the whole moto. Third place went to Declan Whittle with Max Broadbelt and Thomas Murphy making up the top 5. In the Junior Class it was Ben Hayward who took the win ahead of Jake Rackham and Joseph Leeks.

The final Premier Race of the day saw Lewis Tombs make the start and lead the race from start to the finish to claim the race win ahead of Luke Parker and Shaun Southgate in third and first overall on the day. Fourth and fifth went to Whittle and William Farrow. It was Leeks who claimed his second race win of the day over Rackham and Hayward. 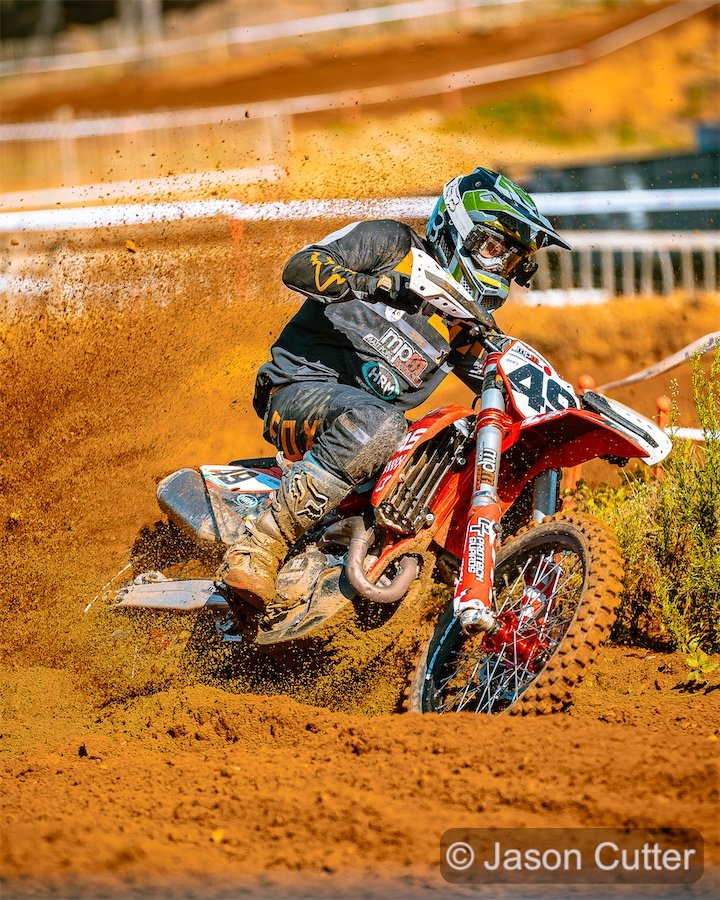 At the end of the day Parker remained in the lead of the Expert Championship and in the Junior class it is Joseph Leeks who has extended his championship lead.

In the Support Group A it was Matthew Pope who claimed the overall victory after taking two seconds and a race win in the final moto. Second overall went to Charlie Nudds who won the first two races but a crash in the final moto dropped him to sixth and second overall on the day. Third overall was Scott Claydon ahead of Gareth Lane and Jack Whitlam.

The Support Group B was won by Zak Roberts who tied with Carl Booth on points but claimed the overall with the better final race result. Third overall went to Aiden Weston, with William Bell and Steve Atkins making up the top 5.

The last Group of the day was the Support Group C which was won by Charlie Starsmoore with two seconds and a race win in the final moto. Second overall went to Toby Souchotte with David Homan in third and Jody Cutler fourth and Tony Rooke in fifth.

The Stebbings Car Superstore / PP Sports Insurance ACU Eastern Motocross Championship returns to Blaxhall on August 21st for the fifth round of the season.

Before checking out the results have a crack at the 100 piece jigsaw below from a great shot of Thomas Murphy by Jason Cutter. Although it's 100 pieces (and we've hidden the picture) you should still aim to complete it inside 10 minutes.

Full Results can be found on Speedhive