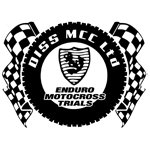 The annual Wednesday evening motocross meeting, hosted by the Diss club, saw a large crowd, who witnessed some closely fought racing during the ten-race programme. 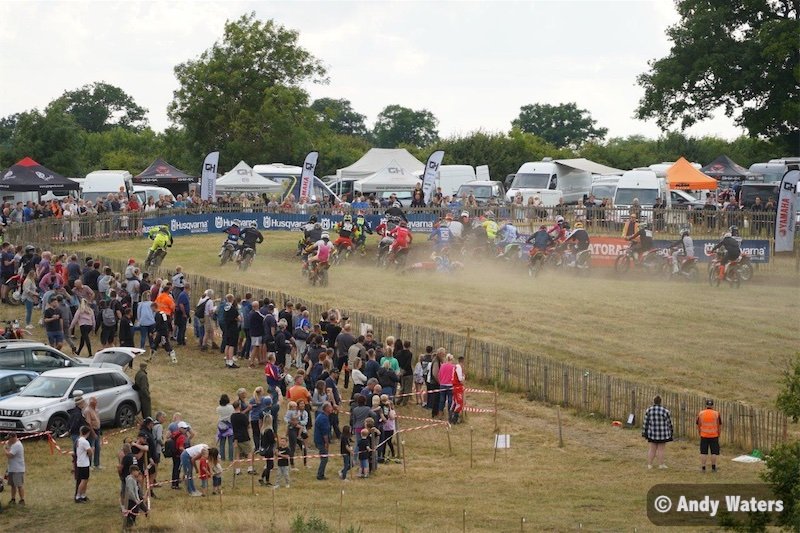 Sponsored by GH Motorcycles and G&B Finch, almost 180 riders competed, each having three rides during the evening. The fast grassland circuit was in ideal condition for racing, thanks to the hard working Diss crew.

On form Luke Parker, ( Pope Gas Gas), took the win in the second semi final, closely followed by Sam Nunn, (Cab Screens Yamaha), and Declan Whittle, Lings Gas Gas). The non qualifiers races were both won by veteran Paul Aldridge, who was a top expert back in the 1980/90's. 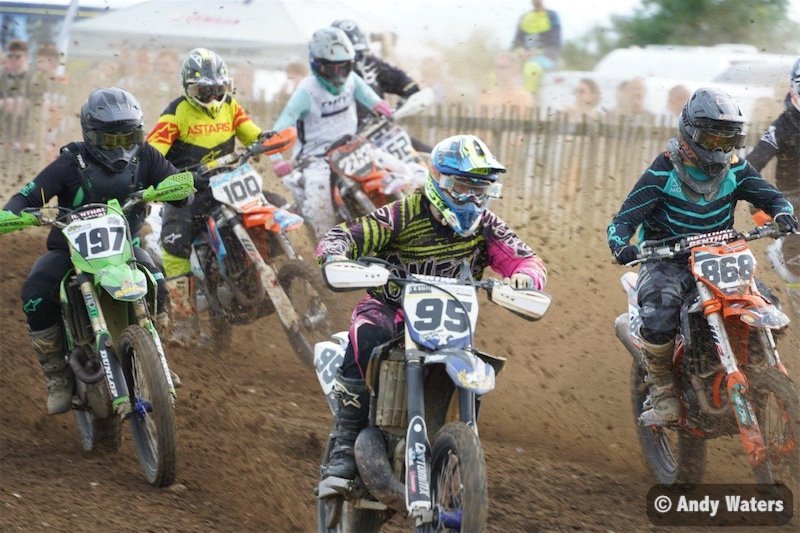 Tristan Hales emerged as the victor in the five lap consolation final, ahead of Edward Pegram and Charlie Starsmore, and with the light fading, the scene was set for the eight lap grand final.

Whittle stormed into the lead, chased by fellow Norfolk rider, Luke Parker, with the forty strong chasing pack fighting for positions behind them. Newmarket youngster, Sam Nunn, despite racing the smaller engined bike, held third place from Ben Clark and Shaun Southgate, with Tom Grimshaw in sixth place. Parker moved to the front on lap three, with Whittle battling hard to reclaim his lead, but was having to contend with the charging Nunn. 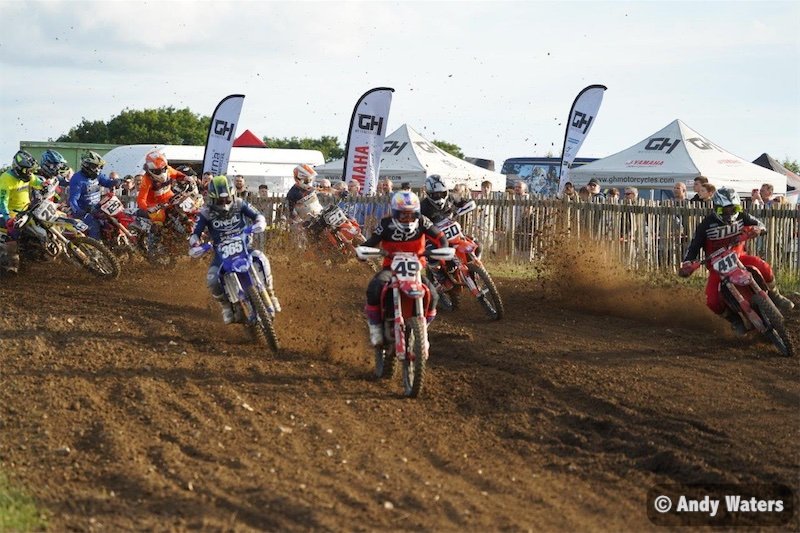 Grimshaw was also on a charge, moving into fourth place, but a couple of spills saw him drop back to seventh. Parker was starting to increase his lead, until Nunn managed to pass Whittle, and started to narrow the gap on the leader. Meanwhile, Shaun Southgate, (Herts MX Honda) was making progress, Making some good moves on Clark and Whittle, the Suffolk ace moved into third place on lap six, with Whittle holding off the challenge of Clark and the resurging Grimshaw. On the penultimate lap, Nunn had caught up to Parker, as the pair fought for the win, but lapped riders were causing problems, as the pair hurtled into the final lap. A slip up by Parker saw Nunn and Southgate emerge from the wooded area in first and second place, leaving a dejected Parker finishing third. Whittle managed to hold off Grimshaw, with Clark rounding out the top six.

Before checking out the results, why not take a break and complete the puzzle of Sam Nunn .....