Sunday saw the Revo ACU British Motocross Championship fuelled by Gulf Race Fuels return to the Blaxhall Circuit near Woodbridge for the first since 2019. As always, the venue prepared to perfection and even a weather forecast of sunshine and showers didn’t stop a large crowd lining the fencing around the sandy circuit. 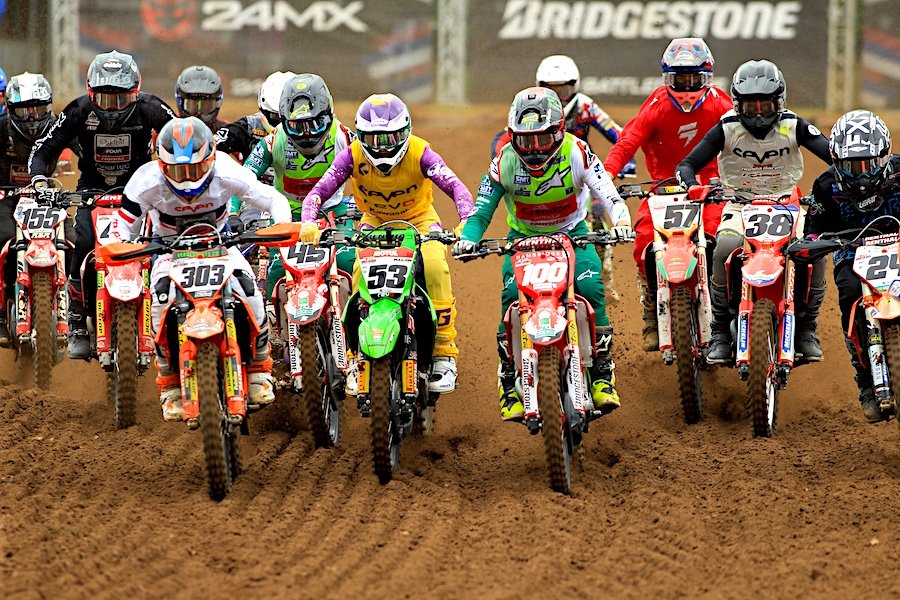 In the weeks leading up to the event the Organising club, Woodbridge DMCC had been working hard to the produce a first-class venue for both the riders and spectators and with the support of their valued sponsors GH Motorcycles, G & B Finch, Foxwood Trade, Steve Lumley Planing Ltd and Ernest Doe they were able to achieve that. The day started with sunshine and in the MX2 class it was Grand Prix rider Conrad Mewse who dominated the class after opting to compete at Blaxhall instead of travelling to Latvia for the Grand Prix event.

Conrad suffered from a poor start in the opening moto and was outside on the top 15 on the opening lap, but quickly moved forward in the early laps and by the halfway point he had made his way into the lead, ahead of early race leader Florian Miot. Unfortunately, the race was stopped two laps from the end due to an injured rider and the result was declared with Mewse taking the win over Miot, Steven Clarke in third and Brad Anderson and John Adamson rounding out the top 5.

The second MX2 race Mewse made a much better start and got into the lead on the second lap and quickly pulled away at the front of the field to take victory by over a minute and claim the overall win. Second place rider was John Adamson and Kings Lynn based Calum Mitchell in third with fourth and fifth going to Jamie Wainwright and Steven Clarke.

In the MX1 class local interest was focussed on Ipswich based Jake Nicholls who was competing in his first British Championship round following a pre-season injury. Coming into the event Nicholls, teammate Tommy Searle was leading the championship, while Estonian rider Harri Kullas had won the previous two rounds.

In the opening MX1 race Kullas took the Foxwood sponsored Holeshot and opened a sizable gap over the rest of the field to take victory by 20 seconds. The battle for second was very close with just 2 second separating Josh Gilbert in second ahead of Tommy Searle and Adam Sterry in fourth with Russian Evgeny Bobryshev taking fifth after Shaun Simpson crashed on the final lap and finish 9th behind Nicholls in 8th who rode the whole race without a rear brake.

The second race saw Kullas take another Holeshot and the early race lead ahead of Simpson and Searle. As the race went on Kullas made a mistake when the heavy rain started to fall, and Simpson took full advantage to claim the race win over Bobryshev in second and Kullas who recovered for third to claim the overall victory and make it three out of three victories. Adam Sterry and Josh Gilbert rounded out the top 5 in fourth and fifth places.

Nicholls started the race well but suffered a couple of crashes in the opening laps and had to recovered from the back of the field, another crash later in the race dropped him to 18th at the finish.

In the MXY125/250 class it was series leader Alfie Jones who took the 250 class overall following a race win in the opening moto and a third in a second moto after losing his footpeg late in the race. In the 125cc class it was Joe Brookes who took the overall victory after being tied on points with second overall and took the victory with a third in the opening race and a race win in the second moto.

Photos by Richard Blyth (click on an image to enlarge)