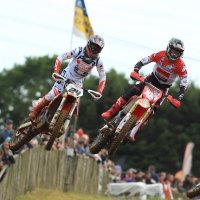 Sunday 19th July saw the Revo ACU British Motocross Championship Fuelled by Gulf Race Fuels descend on the Blaxhall Circuit near Wickham Market as the Woodbridge and DMCC hosted the fifth round of the Championship.

As always, the Blaxhall Circuit was in perfect condition and even a heavy thunderstorm on the Saturday night could not affect the conditions as the warm weather on Sunday attracted a large crowd who lined the fences around the sandy circuit to witness great racing in the four Championship classes. Once again, the event was backed by a number of local companies including GH Motorcycles, G&B Finch, Foxwood Trade and Steve Lumley Planing Ltd. 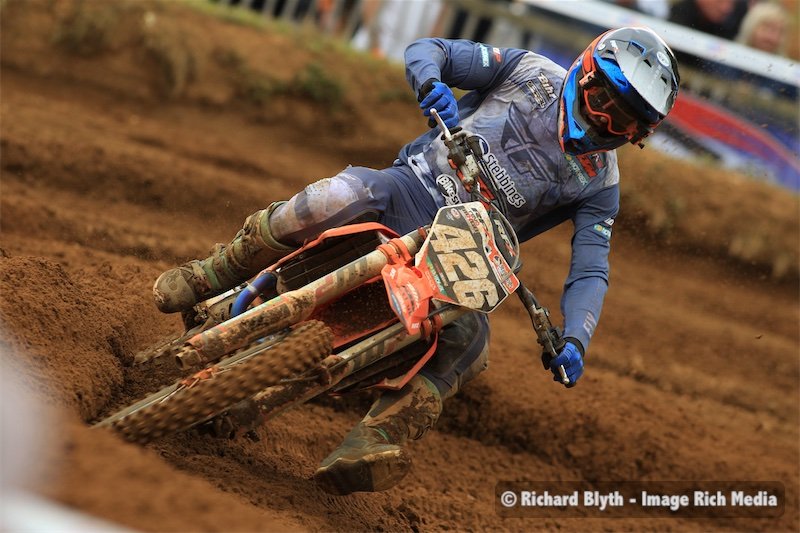 In the MX2 class there was a lot of close and intense action in both races, with the return of reigning Champion Conrad Mewse after a devastating crash at the previous round. In the opening moto it was series leader Isak Gifting who took the lead ahead of Conrad Mewse and Dylan Walsh, but drama happened in the middle of the race when Mewse suffered a bike issue that dropped him to fifth place and Walsh’s bike stopped and saw him retire from the race. Mewse recovered to claim second at the finish ahead Kay Karssemakers in third and Jamie Carpenter and Tom Grimshaw in fourth and fifth.

The second MX2 race saw a heavy crash on the first corner that claimed Walsh and number of other riders. Mewse soon moved into the lead and was looking comfortable until his bike stopped once again causing a small crash and dropping him to third. Gifting took over the lead and controlled the race to take a double race win over Mewse in second and Carpenter in third, Grimshaw finished fourth after recovering from a bad start and Karssemakers took fifth. The overall saw Gifting take victory from Mewse and Carpenter. 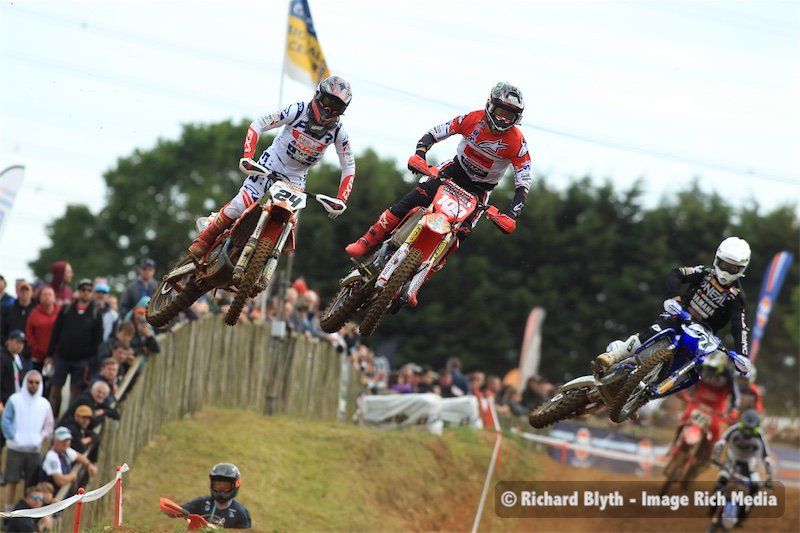 When the gate dropped for the opening MX1 race it was Harri Kullas and Shaun Simpson that battled at the front for the whole moto with Kullas claiming a narrow victory over Simpson in second. Third place went to Josh Gilbert with reigning champion Tommy Searle in fourth and John Adamson in fifth. The top local rider was Shaun Southgate in 13th place for his season best result. 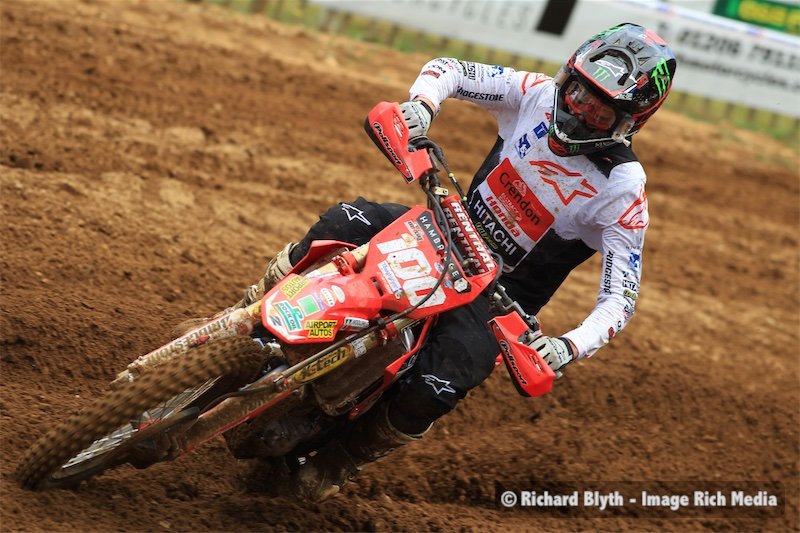 In the second moto it was Searle who claim the Foxwood Trade sponsored holeshot and race lead but was soon under pressure from Simpson who soon took the lead and the race win by over 30 seconds. Second place in the moto went to Kullas with Searle behind in third. Fourth and fifth places went to Gilbert and Brad Todd with local rider Luke Parker claiming 12th. The overall saw Simpson take victory over Kullas and Searle who retains the Championship lead.

Alongside the MX1 and MX2 classes was the Youth 125cc class with Charlie Heyman storming the pack during the first moto taking victory by just one second ahead of Joe Brookes who were battling it out throughout the whole race and were well ahead of the pack with Ollie Colmer, Cole McCullough and Ben Mustoe rounding out the top 5. The second moto saw Heyman out front once again but a bike problem saw him cruise home in third, allowing Brookes and Mustoe to take the top 2 positions. Behind Heyman in fourth and fifth was McCullough and Colmer. It was Brookes who claimed the overall over Heyman and Mustoe. 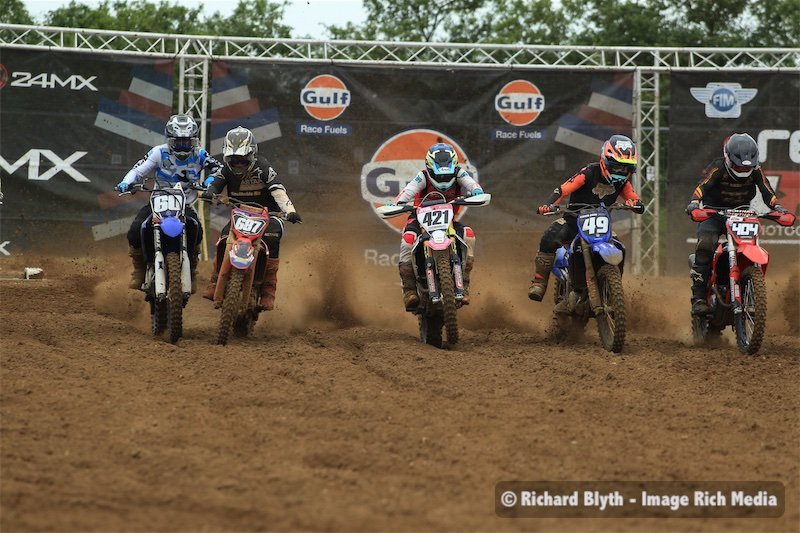 Finally in the Youth 250cc class it was local wildcard and club member Bayliss Utting who dominated the opening moto by nearly thirty seconds ahead of another Woodbridge club member Callum Murfitt in second. Championship leader Tyler Westcott climbed through the pack to third during the first moto ahead of Jak Taylor and Ben Zeale. Unfortunately, in the second race Utting dropped out of the race after a crash, leaving him in fifth overall. It was Tyler Westcott who took the second race win to secure the overall with Jak Taylor in second for second overall and Domonic Newbury in third, Josh Bassett fourth and Harvey Cashmore in fifth. Following his opening race second place finish it was club member Callum Murfitt who mounted the podium in third.
Back to List