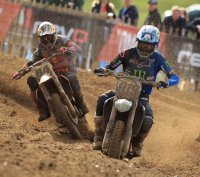 Early morning blue skies, the return of a trackside audience, and the first ever visit of one of the sport’s headline stars to the Cadders Hill circuit in Norfolk for round two of the Revo British Motocross Championship, and opening round of the PP Sports Womens British Championship, Sunday promised to be a day to remember for local sports fans – and it didn’t disappoint! 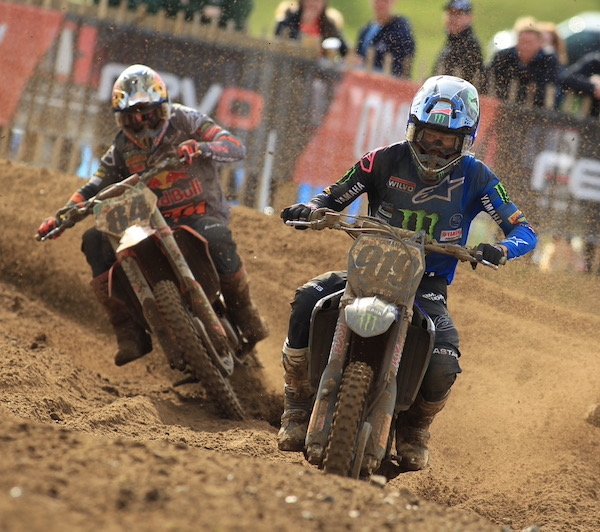 Multi word champion Jeffrey Herlings set the standard in qualifying in the morning and duly took his pick of the startline spots as the premier MX1 riders took their place for the opening race. The Red Bull KTM factory rider was the man many of the fans had come to see but it was Monster Energy Yamaha’s Ben Watson who headed the pack at the end of the opening lap; a position he kept right through to the chequered flag to inflict a rare defeat on Herlings, in front of a large partisan crowd.

At the second time of asking it was Watson who once again set the pace with his rival down in fifth but the star man had definitely not made the trip to Lyng to play second fiddle. He stormed through the leaderboard to take over at the front from the first race winner at about half race distance, but that wasn’t the end of the argument. The British rider was being cheered on by the crowd as he closed down on the flying dutchman and the two could barely be separated at the finish flag, with Herlings getting the verdict by less than half a machine’s length. Former domestic number one Tommy Searle took the final step on the podium at the end of the day after fifth and third place finishes over the two races.

Bury St Edmunds’ Lewis Tombs may have retired from professional motocross at the beginning of this year but he showed that he still has what it takes with two points scoring rides on his privateer Honda, and Wisbech’s former Eastern Centre Champion Luke Benstead grabbed a pair of top twenty placings against some of the best riders from home and abroad.

In MX2, Hitachi KTM’s Conrad Mewse (photo below) continued his dominance of the smaller bike category with a clean sweep of pole position, and two gate to flag victories which means the young man from the south west has won all four opening races of the 2021 campaign. Behind him it was a little less straightforward with Bike It Kawasaki mounted Tyler Hammal and Gas Gas’s Steven Clarke level on 36 points apiece after the two twenty five minute plus two lap races; Hammal getting the second spot on the podium due to a better result in the second encounter. King’s Lynn’s Callum Mitchell had a good day in front of his local following as he forced his PAR Homes/Stebbings Husqvarna into the top ten of one of the most competitive classes in domestic motocross. 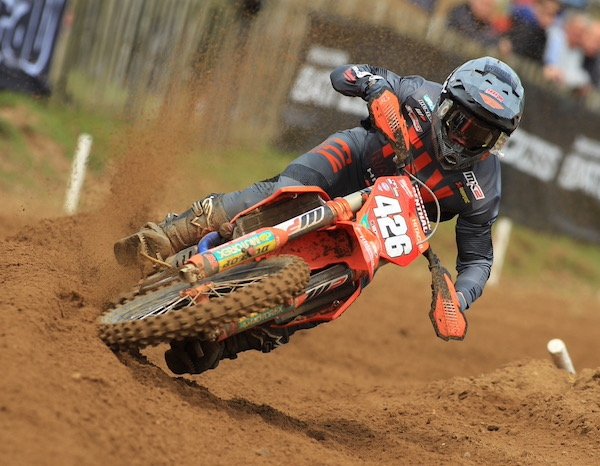 Kathryn Booth (photo below) arrived at Lyng for the opening round of the PP Sports WMX as the defending champion, albeit that she clinched it some two years previous due to little or no racing last season. The Lincolnshire based title holder was in no mood to relinquish her crown setting the fastest time in qualifying, and taking the opening race in convincing style from Bellerby’s Nieve Holmes, with Elaine MacEachern who had made the long trek down from Argyle taking third. The young lady from Scotland caught and passed early pacesetter Booth in race two and went on to secure a comfortable win ahead of Booth, and Essex’s Amie Goodlad.